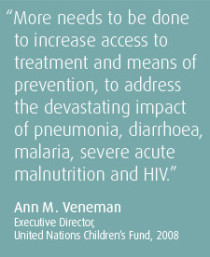 PLEASE HELP US MAKE A DIFFERENCE AS WE RAISE FUNDS FOR AIDS ORPHANS IN ZAMBIA, ZIMBABWE AND VIETNAM. www.thefathersblessing.org/donate Or CONTACT US

We have had a throughly disruptive season in the last two years where we have been unable to visit the children due to Covid-19. We have employed our country Administrator Mrs Mary Mvuli who has worked on our behalf to monitor the children and extend care to their grandmothers.  I can report that they are doing very well.  They send their greetings and express appreciation and heartfelt thanks to you for your gifts and sponsorship.

Please see the brief report below just to update you on their progress and our plans till the end of the year.

The nine children attending private school absolutely love their school and are doing remarkably well. They have gone from not speaking a word of English to now writing and speaking good English and excelling in their classes. Many of them say Maths and English are their favourite subjects and they all have high ambitions to become professionals. This in itself is a major testimony as six of them were totally unschooled when we took on their support and the sponsorship of their education. To see them transformed through the power of education is truly amazing.

The youngest child, four year old Maureen, is keen to start school. Her grandmother reports that she cries when her older siblings go to school and often wishes to follow them. She is a bright child and we will have to look at how we can get her into a local nursery school. If you can, please support Maureen.

David visited the children in 2019, he learnt that their school attendance was poor due to ill health. At the time he prayed for them and believed God for their complete healing.  I’m delighted to report that one year on, all except one have had a breakthrough in their health and their school attendance greatly improved. In fact one of the children, Sylvester, who used to suffer from fits, has had his life transformed. He is now quite confident and is one of the brightest children in his class and was recorded as having 100% attendance in school.

The one exception, Elisha, had terrible bleeding lip sores which was causing him much pain. He has been to see a doctor and was given medication but this has not been effective in curing him so far. I prayed for him to be completely healed and we are trusting God to receive a good report on his health.

All the children are well looked after by their families. To ensure that they continue to thrive at school and at home we have appointed a family liaison and welfare officer who will visit the children in their homes to check on their progress and see to any challenges that arise with their schooling and basic needs.

At the moment, we have concerns for ten year old Naomi‘s welfare who lives with her aunt. The aunt seems to be using her as a help to her own children. Our newly appointed family liaison and welfare officer will be on the lookout for any signs of abuse while visiting Naomi and her family at home.

Naomi also has major challenges getting to the school bus which takes them to school. She lives far from the school bus and often has to leave home at 5am when it’s still dark to get to the bus which leaves at 7am. Many times she arrives only to find that the bus has already left. With no other means of transportation to get to school , she has no option but to turn around and dejectedly make the long  walk all the way back home thus missing school for the day.

Without you, none of this work would be possible, so thank you for your continued support.

TFB is working in Chipata compound one of the most deprived communities in Lusaka supporting and caring for the most vulnerable people - orphans and widows. Thanks to the support of our donors we are able to sponsor the education of orphaned children, care for their welfare and that of their families and tackle problems of food poverty and ill health.

We take on the support of orphaned children going through terrible times and sponsor their education, provide for their basic needs of food, shelter etc to be meet and generally make a difference to them and their families.

Helping to educate children is one of the most effective ways to ensure that they can break out of a cycle of poverty into a future with opportunity. So we sponsor the education of orphaned children, placing them into private schools where we can.

We have had a few successes and I would like to share some stories of how you have helped make a difference to the lives of orphaned children.

Rachel, Owen and Botha’s grandmother turned to us when her daughter died of aids leaving her to care for Owen and Botha aged 7 and 9 years. Rachel was in despair at the loss of her daughter and at the prospect of having to care for her grandchildren with no means to support herself let alone providing for two young children.  She was also terrified that the boys also had contracted Aids from their mother and would soon pass away. We were able to

We are supporting the most vulnerable people – orphans and widows through the provision of regular food parcels of essential food items. We are committed to responding to emergency calls for assistance but know that this is not a permanent solution.

Recently, some of the widows have identified areas of commerce that they wish to engage in and we are committed in supporting them on the journey to self sufficiency. Plans are now in place to empower widows to become self sufficient. Four widows will be given microfinance loans to commence trading activities.

New funding has helped TFB start a new chapter of caring for widowed grandmothers. The funding enables us to support one widowed grandmother. Rhoneia, the oldest and frailest of the grandmothers would often walk very long distances to look for bottles to sell so that she could have food to eat for herself and grandchildren. Often times she would walk miles to get to the TFB team to ask for food.

With the funding received, Rhoneia will be supported to start trading activities to begin on the road to self-sufficiency for herself and her grandchildren.

From sponsoring orphaned children dealing with the loss of their parent through providing food parcels to destitute families the TFB team in Lusaka helps all those who come to them in desperate need.

If you can, please support our other grandmothers. Your contribution, big or small will make a real difference

Our current project is to build a Home for the children. Firstly and most importantly it has been increasingly difficult in giving them the level of care we would want because we do not have them presently all under one roo, as they all live with their Grandmothers. And also we have to report sadly about some of them missing school as they are sometimes unable to catch the school bus. This is largely due to the long distance they have to cover walking from home (often at the crack of dawn) to the School Bus Station.  We are indeed also very much concerned about their safety in an environment where cases of rape is prominent.

These children are doing so well in school that we would want them to be regular attendants and also our dream is to improve their quality of lives significantly by having them all under one roof.

We have recently started cooperating with Stepping Stones Orphanage in working with disadvantaged children. We started in May 2017 and we have recently just returned in October 2018. We are hoping we can be involved in a real way to sponsor some of the Young adult girls go through school by either paying fully or subsidising their school fees. We look forward to a fruitful and lasting relationship and we rely on you our partners to be a part of this.

TFB kicks off the New Year with a launch for an urgent appeal for 300 partners and regular givers to build Homes for our children!

Activists to spread the Word